Stuart Scott, CBT’s co-founder, has enjoyed nearly 20 years of top-level competition in motorsport, racing everything from a VW Beetle through to V8 muscle cars and endurance sports cars. Historic racing cars are his current passion and an outright victory in the Tour Britannia with the RLR replica Chevrolet Camaro a goal 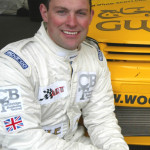 Steve Wood was born to the sport and has shown exemplary skill and speed at the wheel ever since making his competition debut. In recent seasons Steve has concentrated, with Stuart Scott, on competing in historic track racing and in particular in contesting the exciting Tour Britannia with the replica RLR Chevrolet Camaro 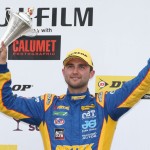 Andy Jordan is the reigning British Touring Car Champion, and one of the youngest drivers ever to have achieved that status. He started young, of course – Andy won the junior rallycross championship title when he was just 14 – and has enjoyed five seasons at the top in the BTCC already, guided by his father, Mike 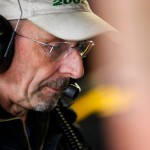 A multiple title winner and race victor in sports cars, Mike Jordan has enjoyed a track career which is the envy of many. It began in Porsche racing nearly 30 years ago and continues to this day in historics, which activities he combines with running the immensely successful Eurotech Racing team and guiding son Andrew’s career