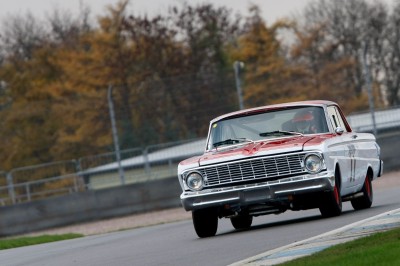 The Ford Falcon was a mainstay of the British Touring Car Championship in the 1960s and early ’70s, and this fine example has been lovingly created by Mike Jordan of Eurotech Racing to contest European historic race events.

The Falcon was developed over three years by Eurotech, without compromise using only the very best of components. The engine is a Peter Knight-built, ultimate-spec 289 FIA legal, with all the latest developments, and produces 450bhp.

The Falcon has been flying CBT Motorsport colours at selected events since 2014.