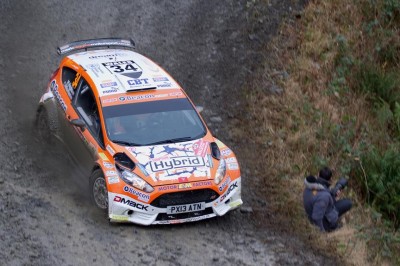 Mark, a Cambridge Business Travel client of many years standing and a James Bond movie stunt driver when he is not competing all around the world, also claimed third in the WRC2 class on his return to the event after a four-year absence. The rally was not without problems but after the first three stages Mark and his co-driver Carl Williamson found themselves in a brilliant 12th overall. This success continued into the Friday stages south of Newtown and they jumped up to 10th overall overnight, a position they would hold to the finish despite technical problems on the Saturday which hampered their progress and allowed Jari Ketomaa to overtake them in their class position.

At the ceremonial finish in Llandudno, Mark was pleased win his result: “I could not have been here without my sponsors, so I want to say a massive thank you to them.”