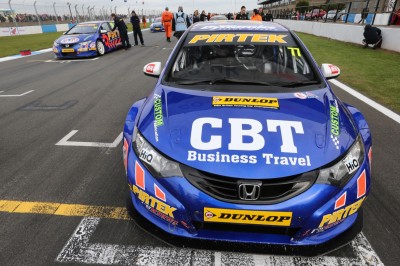 This is the car with which Andrew Jordan claimed the biggest and most keenly contested prize in British motor sport, the British Touring Car Championship. The Pirtek Racing Civic was the class of the field in 2013 – quick when required and also remarkably consistent and reliable.

Andy scored six race wins during the season and scored points in every race bar the penultimate round at Brands Hatch, setting up a nail-biting finale. In the final reckoning Jordan triumphed over works Honda driver and 2012 champion Gordon Shedden by seven points.