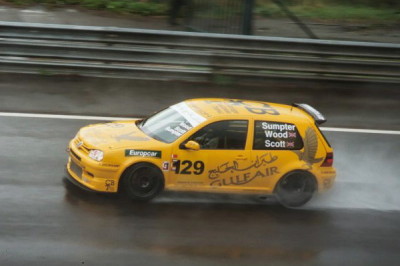 Built by Frazero Racing for CBT Motorsport in 2003 to contest the European Endurance Racing Championship and the British GT Championship, the Golf GTI became the first front-drive car, and also the first Volkswagen, to contest British GT when it made its championship debut at the Knockhill rounds – it finished fourth in class in both races and went on to collect many more class wins and podium finishes before it was outlawed by championship organiser SRO in 2004.

The Golf was fired up once again for the 2015 season and enjoyed a brilliantly successful year in the hands of Steve Wood, winning the CBT Business Travel Classic VW Championship with nine race wins from 10 starts.